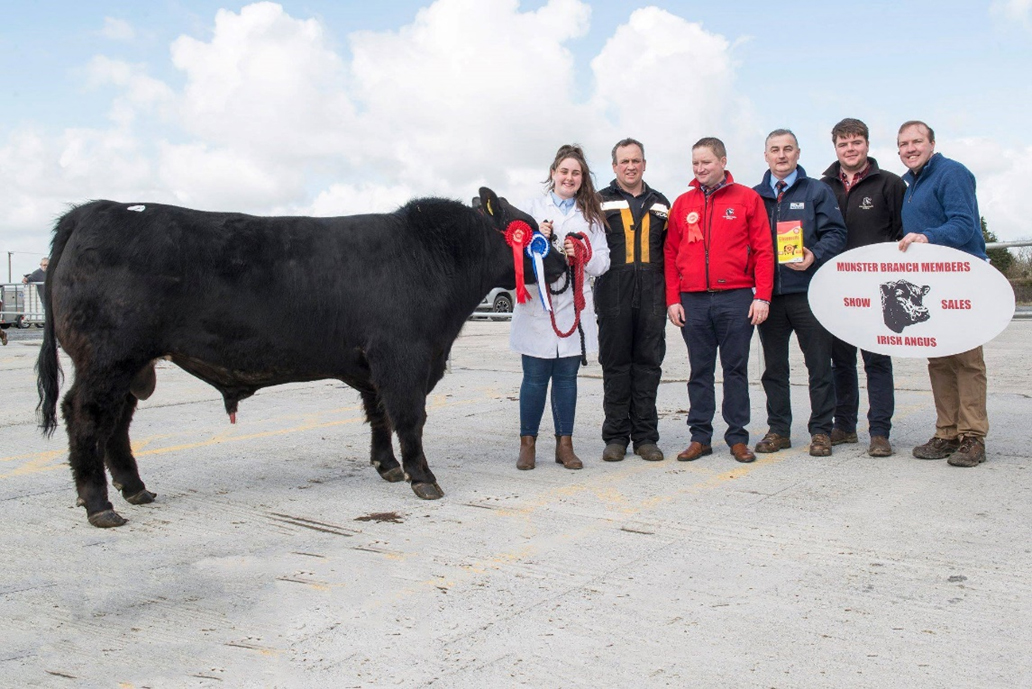 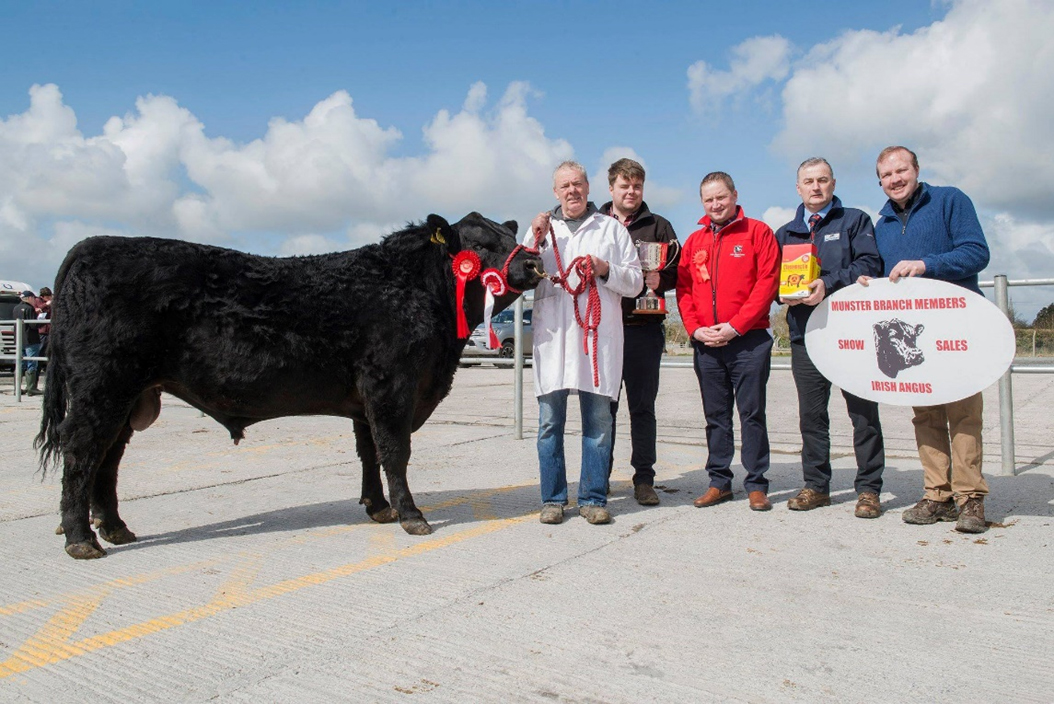 The 28th Munster Branch of the Irish Angus Society Premier Show & Sale of Angus cattle was held at Kilmallock Mart on Saturday April 7th. There were 27 bulls forward from the 39 entered with the majority of the absent bulls sold prior the sale. Despite the poor weather & fodder challenges there was a clearance of 52% at an average of €2,535 (flat with last year).

The Munster branch were delighted to have Dermot Kilcrann from the Lodgetown herd in Roscommon judge the pre saleshow. Dermot selected Killernan Noah from the herd of Martin Hehir in Miltown Malbay in Clare as Show Champion. Noah is a son of BalmachieRannai, and had a calving difficulty of 1.8%. The reserve champion was Cloughoulamore N Prince came from the herd of Jerry O Sullivan, Millstreet in Co Cork. Prince is a son of SteilKnockranny. Both the Champion & the reserve champion failed to meet their reserves later in the Sale ring.

Top price on the day went to Thomas Prenderville, Tarbert co Kerry for Swanky Berkley N265, this son of Te Mania Berkley made €3,400. This bull had one of the lowest calving difficulty at the sale of 0.7%. Next highest on the day was received for Shelton Neddy from the herd of Seamus Shelton, Kilmallock Co Limerick. This son of Oakchurch Dirk made €3,350 Also achieving €3,000 on the day was Beryl Nine, this son of Ardrossan Admiral was exhibited by Ger Hogan Kilfeacle Co. Tipperary.

The next sales for the Munster Branch will be held in Castleisland on Friday April 20th and Kilmallock on Saturday April 28th. 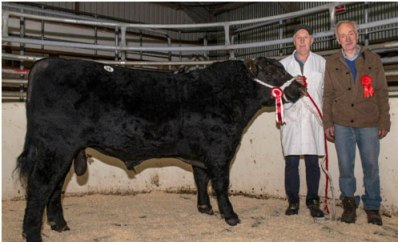 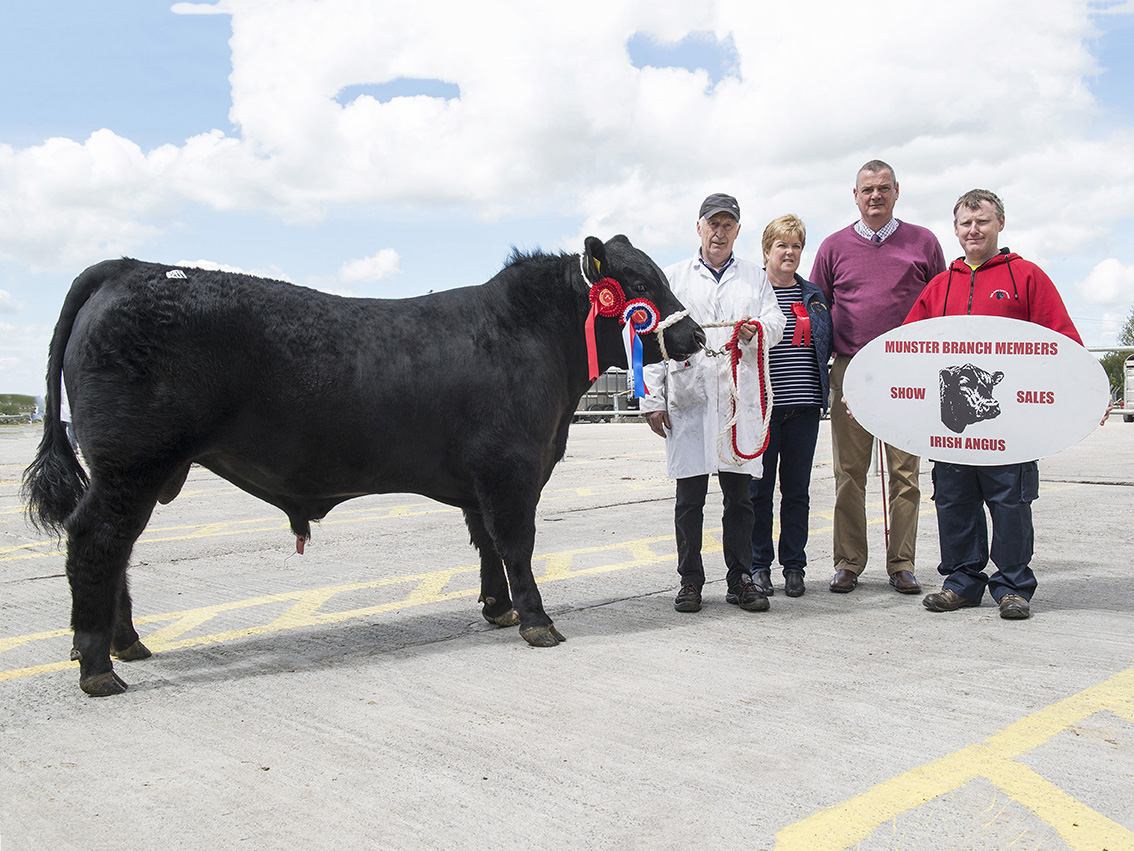